Our Story – B3 Genetics

Growing up in an environment of Sport and Academic as a school- boy was my path in Life and the future was laid out in the sporting world.  But as things progressed and just finishing off Matric, the Call for duty in South Africa Air Force as a young man changed my life and for the next five years. I was actively involved in the Bush War between South Africa & Angola. During this time, I was exposed to the Agricultural industry through my marriage and by my then late father in law. I found a passion and sense of belonging and enjoyed the close attachment one gets from raising small stock and being out in the open.  The well spring of new life from a mere mating to birth was incredible and then raising such animals was a challenge but exciting. 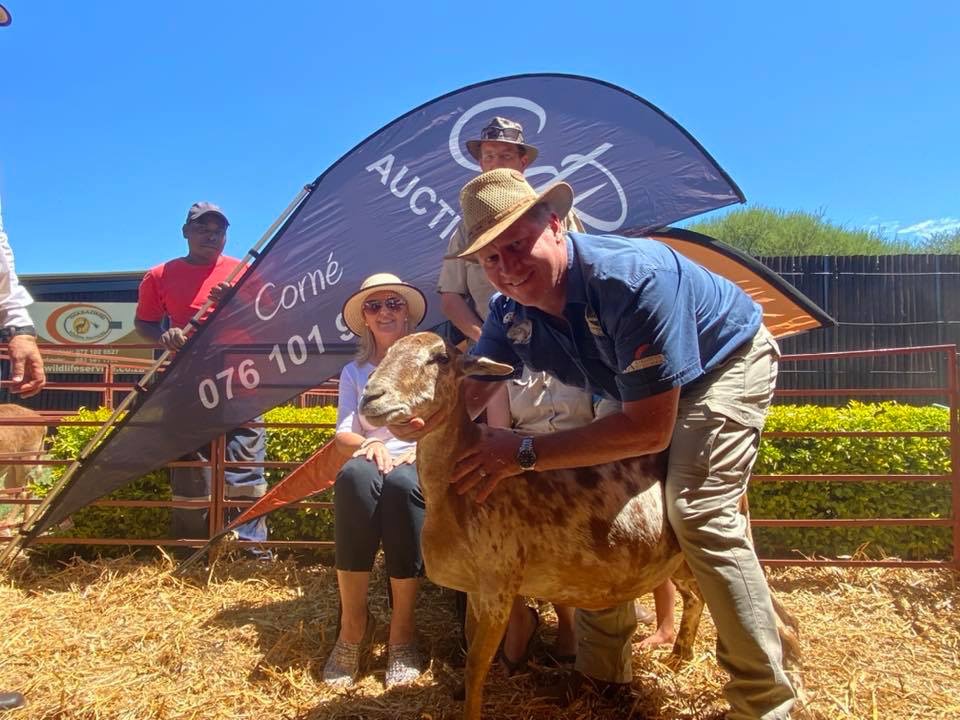 I decided that I would make my residence on a small holding where I could actively go about farming on a small scale with various small stock, like Broiler chickens, Gamers and a small herd of SAVM.  We then purchased a farm in the Beestekraal area which gave much more scope to our Agriculture needs.  This was an irrigation farm of 135ha in which Lucerne, wheat and soya was planted together with our small stock of SAVM.  My Father, my late Mother went to stay on this farm and actively farmed on this land. We even planted vegetables for the market, but quickly realized that this is labour intensive, pesticides need to be controlled and harvesting time was intense. Without me living on the farm, and with other business commitments we decided to stay with the longer less intense goals which required only specific time frames availability. This farm was eventually sold as my parents returned to their home after which we stopped all Agriculture activities.

In 2013 an opportunity arose whereby we could start our Agriculture venture again and we immediately grasped this and started looking at Boran cattle, in which we invested and together with that we also got some SAVM again. A decision was made to register a company and “B3genetics Pty Ltd” was born. The involvement within the Stud Boran business was our focus and we acquired several Top cows and Bulls within the industry. We embarked on Embryo flushing and donor cows insemination which was incredible journey My passion for genetics and the paring process was so encapsulating as my analytical mind processed all the data,  We also  then moved into Indigenous Veld Goats and the Northern Cape Speckle Goats specifically.

Our herds grew and we served on the Management of the IVG board and was actively involved in this breed. After four years of actively breeding our decision to sell off our herd of IVG was imperative, and we continued with our Boran herd. With the current farm having many challenges and the facts that we did not reside within the property, drought spells and crime, we had to upgrade the security facility and our grazing fields before we could embark on any other small stock.

Our interest in small stock was still strong within me and I decided to research the Meatmaster sheep.  After attending a couple of Auctions and visiting many Meatmaster farmers, I was finally ready to acquire our first animals.  Johnny Morrison, a fellow IVG breeder and then also Meatmaster breeder once told me that before purchasing any animal, “BURN DIESEL” by visiting farmers as it’s the cheapest animal you will ever buy. 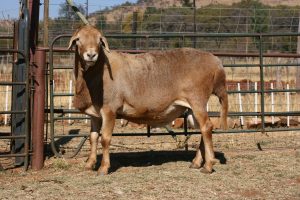 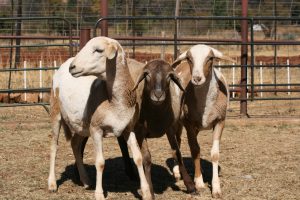 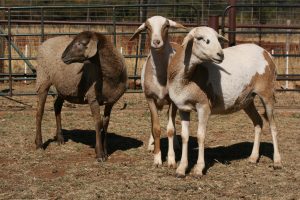 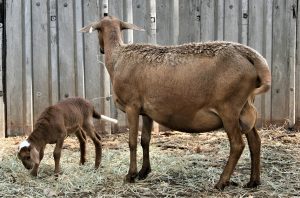 In November 2016 I attended an information day together with Auction in Hopetown which was presented by farmers in that area. We acquired our first 5 ewes and our first Stud ram bought from Elandsnek Meatmasters, I decided to name him after my father “Terry” as a symbol of respect and dedication.  We then purchased ewes from Kern Meatmasters, Willem v/d Berg. Stephan Kirsten, Willem Boom Steenkamp, Oom Roe Wiid, Johann Murray, Boemie Saaiman, Clinton Collette and various other breeders over the next three years. B3genetics also had Stud rams Cowboy, Rocco, Zippo, Azur, and C

hico as rams that have made an impact in our herd over the last couple years. We currently have Stud Ram 50 Cents, Diablo and Fat Bastard as our Stud sires. We have embedded ourselves into the Meatmaster family and joined the Society, The SA Stud Book and members of Transveld Meatmaster Klub. We have branded “B3genetics “with its BBB logo on our herds and we believe that we have progressed in leaps and bounds within this breed.

We are passionate about the breed and know that we have much to learn, and willingly we attend information days, training sessions, courses and Auctions.  We constantly make time to visit fellow farmers to learn and broaden our knowledge on this breed. We also decided to sell off all our Boran Cattle and invest our time and financial resources in the Meatmaster breed. What a privilege and honor it is to be part of the Meatmaster Family.